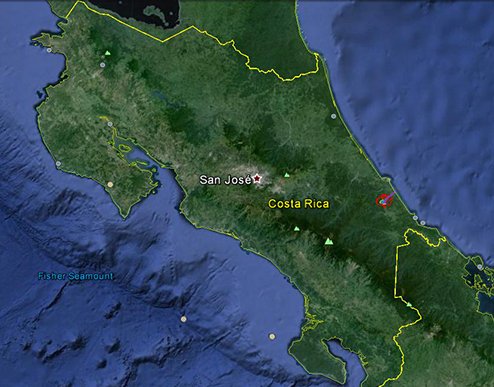 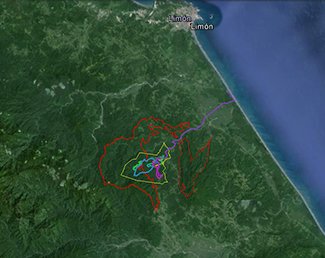 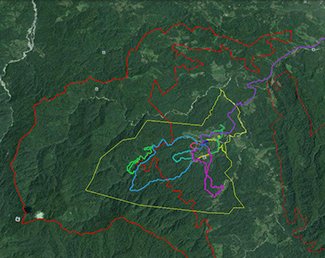 Once on the highway, the drive to Limón from San José should take about 2 1/2 hours. It is easy to drive, assuming no landslides have occurred. Should the main highway be closed, you can get to Limón via the old road over Cartago and Turrialba (4-4 1/2 hours, very curvy, but also pretty).

As you enter Limón, look for a big white sign (on the right) to Sixaola, Cahuita, Bomba, and Panama. The sign will direct you to take a right.

You will turn right (=south) and drive on a paved road that roughly parallels the coast. You will pass over several rivers. THIS ROAD HAS UNEXPECTED POTHOLES IN THE MIDST OF GOOD STRETCHES! Several of the bridge crossings are somewhat rough (ever since our severe, 1991 earthquake), though a sedan can certainly handle them if you drive slowly. 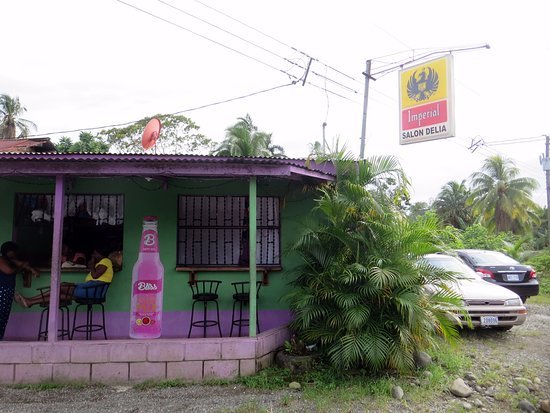 HERE AT "SALON DELIA," IS WHERE YOU WILL MEET THE SELVA BANANITO STAFF IF YOU ARRIVE IN A SEDAN, OR IF THE RIVERS ARE FLOODED. Here you can also order a drink and a snack or lunch.

The only potentially tricky intersection along this road is the intersection with the town of Bomba, not too far after Limón. There should be road signs directing you to Cahuita, etc., but if not, simply take the curve to the left and follow the road in that direction.

Roughly 18 km along this road (=main road between Limón and the border with Panama), you will drive over the bridge that crosses the Río Vizcaya (Vizcaya River).

After the Vizcaya River you will see a large abandoned rusty -roofed house on the right side of the road. Then you will see a set of large, green road signs signaling to a variety of destinations (Cahuita, Sixaola, etc.). These signs are roughly 1 km after the Vizcaya River. (You are now about 8 miles or 35 minutes from the lodge, under normal road and river conditions). 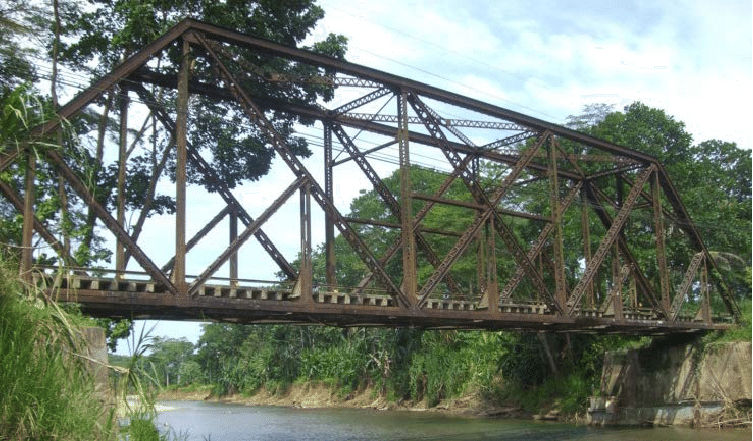 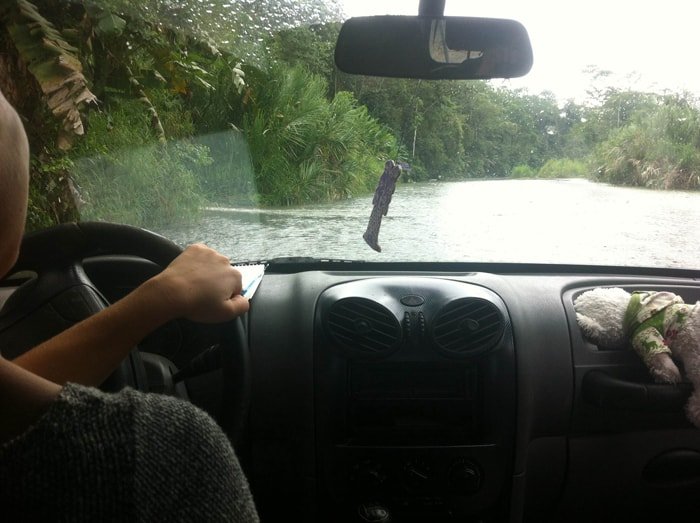 If the rivers and creeks are at normal level, continue along the gravel road past the railroad tracks (see MAP). We recommend you print out the map to go along with these verbal instructions.

After a little over 3 km passed Salon Delia, you will cross your first creek. Continue. When you reach a "Y" in the road, take the left arm. DO NOT TAKE THE RIGHT ARM. Follow the signs to the lodge, passing a steel bridge and driving up several steep slopes until you see the sign indicating to turn right. Once you get to the gate please open with the following number: (9453), at the gate you are 4 kilometers away from the lodge, please follow the signs. DO NOT CROSS THE RIVER IF FLOODED. You may encounter one or two-wire gates after the main wooden gate. If these wire gates are closed, please close them again after you drive through.

There will be one more river crossing before you reach the lodge. The terrain becomes rather rough right at the end due to the recurrent floods that constantly change the course of the river. You made it! The directions might sound scary, but getting to us is actually not all that problematic. Welcome!!

NOTE:
In Costa Rica, it gets dark between 3:30 and 4:30 p.m. every day. If you plan to arrive around that time or later, please carry a flashlight with you.

The cell phone number at the lodge

(it works about half of the time).

Public phones are relatively easy to find in most of Costa Rica. You need to obtain 10-colón or 20-colón coins to make phone calls from public phones. Some phones only accept calling cards, but there are always some nearby that take coins. There is one phone right at the bus station in San José, and also one on the same block as the bus station in Limón. There is also one in the town of Bananito. Ask for the "TELEFONO PUBLICO."